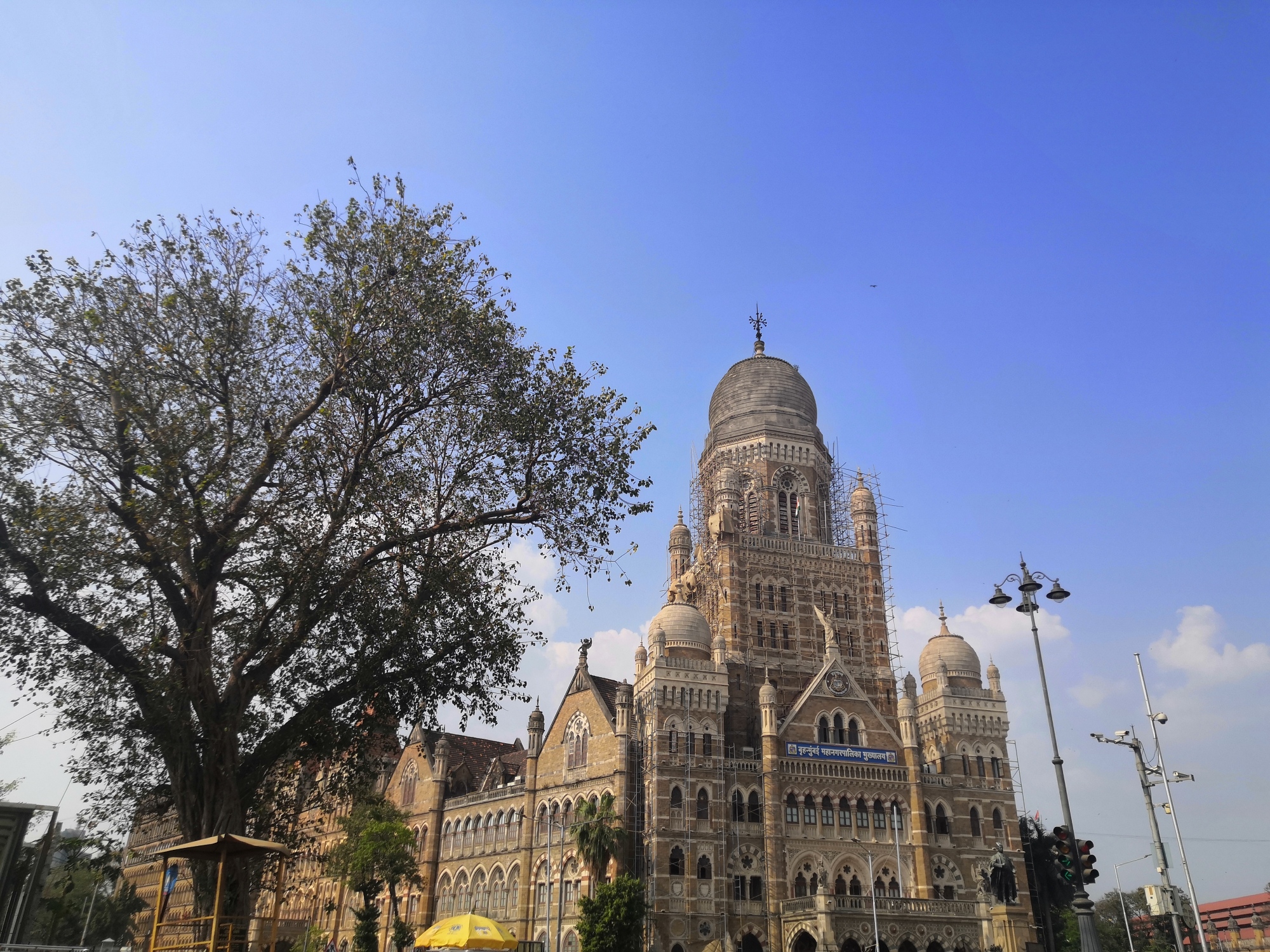 A race of creatures that endure life as statues

But come alive to ward off evil

Taken from a scholarly skater.wordpress.com

As I look up at the angry lions I’m beginning to believe that maybe it’s true. The song ‘Thriller’ comes to my mind and I can totally imagine a Gargoyle growling at a full moon.

You may wonder what is this spooky introduction referring to?

The loud honk of a car brings me back to the present. The iconic Municipal Corporation Building of Mumbai, zooms into my camera lens and im left with awe and wonder at the architect’s imagination and maybe humor.

Now who carves birds of prey attacking frogs and snakes, or happy monkeys picking mangoes, or owls looking down at you in disgust?

Lord Ripon, Bombay’s Viceroy laid the foundation for the Municipal Corporation Building on 9 December 1884. India and Asia’s largest civic organization was constructed opposite the Victoria Terminus or Chhatrapati Shivaji Maharaj Terminus as it is named today.

The architecture is a blend of gothic and Indian influences. Built from basalt rock, the building has three prominent domes, arched windows and winged lions at the façade.

In the late 1900s the island city of Bombay was a booming and bustling town, ready to take a leap into greatness. The British bestowed the title ‘Urbs Prima in Indis’ – India’s premier city.

Urbs Prima stands proudly atop, the front façade, a winged lady with a ship in her hand. She symbolizes Bombay or Mumbai – the city that never sleeps / the city of dreams.

Sir Pherozeshah Mehta a prominent citizen of the Parsi community worked closely with the British to design the policies and governance of the city. He is duly remembered as the Lion of Bombay. His memory and contribution to the city has been immortalized in a bronze sculpture, outside the Municipal Cooperation building.

The land assigned was shaped as a ‘V’ so Stevens, was forced to think out of the box. Ofcourse he did have an eminent list of Indian engineers, masons and workers who would have assisted him in shaping the monument that it is today.

A courtyard in the building’s interior was a natural outcome of the irregular shape. Coconut trees sway and tower in the breezy space.

A hydraulic lift that worked without electricity was installed in the building. This was a modern and desired feature in the 1900s. It was considered as an engineering achievement back in the day.

At the time of construction, fountains were trending in Bombay. A quirky piece depicting Bombay’s local birdlife was also added to spice up the ambience.

The interiors are an amalgamation of international elegance and grandeur. Marble, wood and glass have been liberally used to enhance the look of the offices and chambers.

Winding stairs and mosaic floors, marble archways and gilded domes speak of opulence and beauty. Venetian lions, with their dragon wings greet as you climb the grand marbled stairway.

Stain glass windows line the lengthy corridors casting an ethereal light as we pass by.

The townsend hall and conference rooms are dressed in the finest French and English décor. Its teakwood ceilings and crystal chandeliers add a touch of royalty to the ambience.

Over time repairs and upgrades have led to a blend of a modern and vintage architectural space, similar to the fabric of Bombay – the original inhabitants and the new migrants. The new and old can coexist in the same space and become beautiful and timeless.

The walk has been curated by Khaki Tours – https://khakitours.com/

There are no walks happening right now, due to the pandemic.