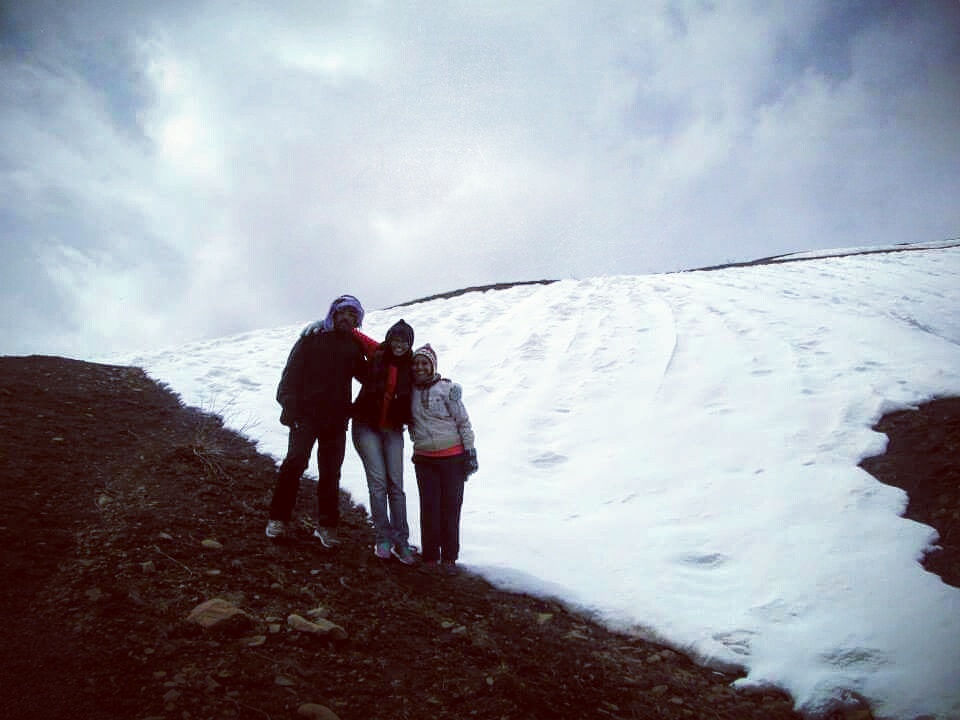 It is 8am; the sky is cobalt blue with white fluffy clouds, a glorious day for trekking.

But we are a nervous bunch. At an altitude of 14300 feet above sea level, the air was thin, and even walking from our homestay to the trek start point was laborious.

MJ, Sups and me were about to embark on a short trek from the village of Demul to Komic . The distance is 14kms, but the altitude made this trek challenging. 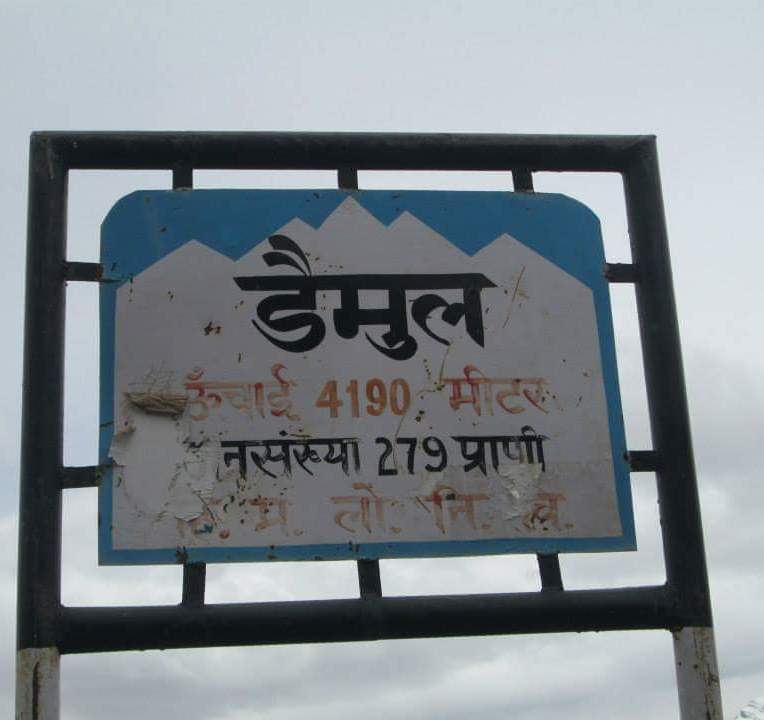 We assembled at the designated spot in the village. Our guide Kunga (in blue) was accompanied by three other guides with three yaks, one for each of us.

I had never seen a yak before. My first impression – man this beast looks ferocious, hairy and angry.

We sit on the yaks with trepidation and apprehension. Within a few minutes there was a loud grunt. One of the yaks kicked its hind legs in the air and dropped MJ. Now that was not a good start.

The guides calmed down the yak and MJ climbed again, a brave attempt. Sups and me were afraid that one of us could be the next. Slowly and steadily we made our way across.

In the first half of the trek we see green patches with stubby bushes strewn around the landscape. The bushes are interspersed with green grass and tiny wild flowers. The soil is black, grainy and sandy. The majestic Himalayas tower over the horizon. 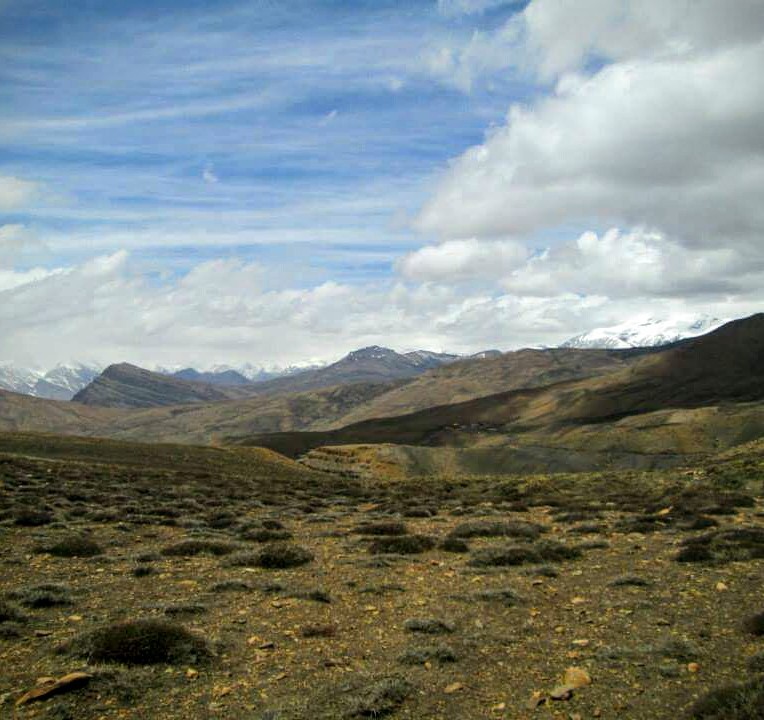 The weather is unpredictable. It blows hot, cold or rainy all in a span of a few kilometers. At the start of the trek there was a slight drizzle. Then chilly winds from the Himalayas came sweeping down on us, stinging our faces like darts. Later we were warm and sunny.

As we trot along, the sublime silence is shattered with a loud grunt. The yak was doing his butt kicks again. This time MJ is prepared and holds on to the yak.

Now we know there is something wrong with MJ’s yak. He looked unwilling to carry anyone on his back.

Sups plays Good Samaritan and offers her yak to MJ. She prefers to walk and soak in the sights. Kunga gives her company. 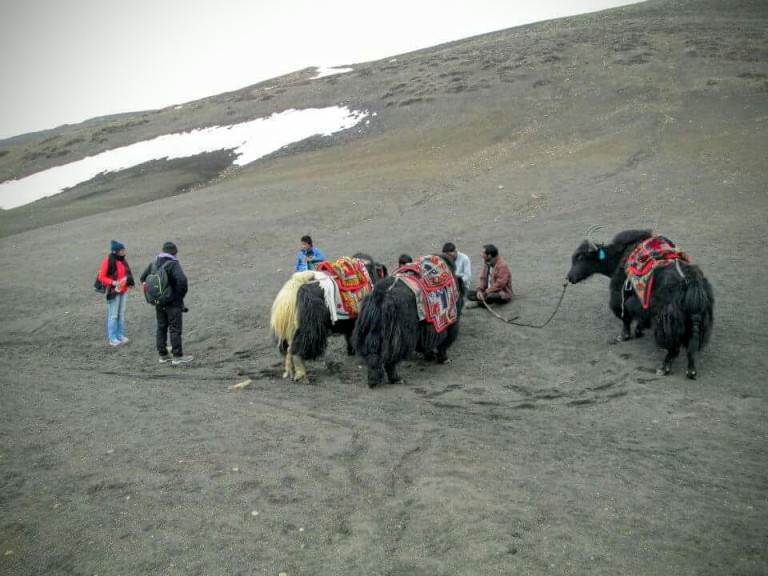 Me? I was holding on to my yak for dear life.

As we climb higher we circumvent ledges that were around a foot or two wide. A wrong step or a butt kick by the yak will lead us down into the valley. My yak kept walking at the extreme end of the ledge. Even after the guide coaxes him away from the ledge, he seems to automatically go back.

We walk the easy parts and use the yaks for the steep climbs. The thin air makes each step an effort. 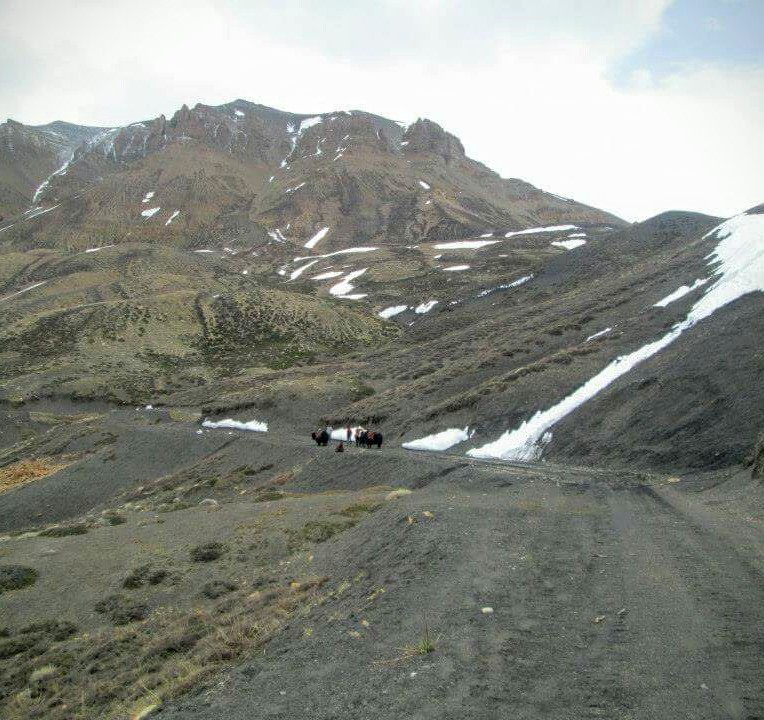 It is almost four hours, and we stop for a quick lunch. The steep climbs are done and we now have an easy route ahead of us. The yaks go back to Demul and we have to complete the rest of the trek on foot.

The terrain now is less greener and more black, sandy soil. We encounter patches of snow as we walk.

Suddenly Kunga is pointing towards something excitedly. Up ahead we see blue sheep. There were so many of them grazing the soft grass. They seemed to be unhappy at our intrusion and frisk away before we could say “sheep”. 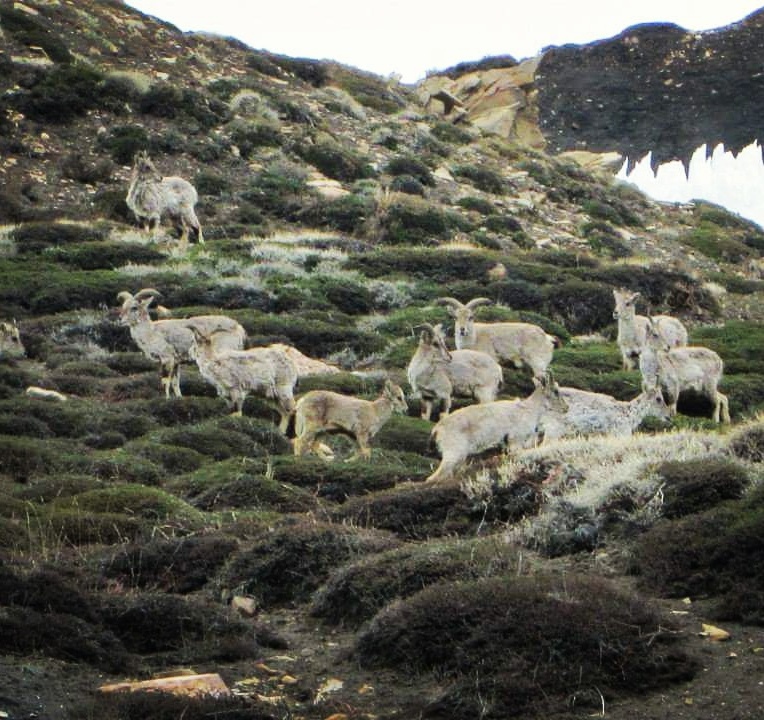 We see more of snow, it is freezing , we are breathless and our energy is dwindling.

That’s when Kunga happily announces that we have reached the highest point of our trek. At 15000 feet we are breathless but elated, we felt accomplished. Hi fives flew around and pics were clicked for remembrance.

All charged up we continued walking. Then in the patches of snow we saw something that made us freeze in our tracks – snow leopard prints, fresh ones! The leopard could have walked ahead of us a few minutes back. 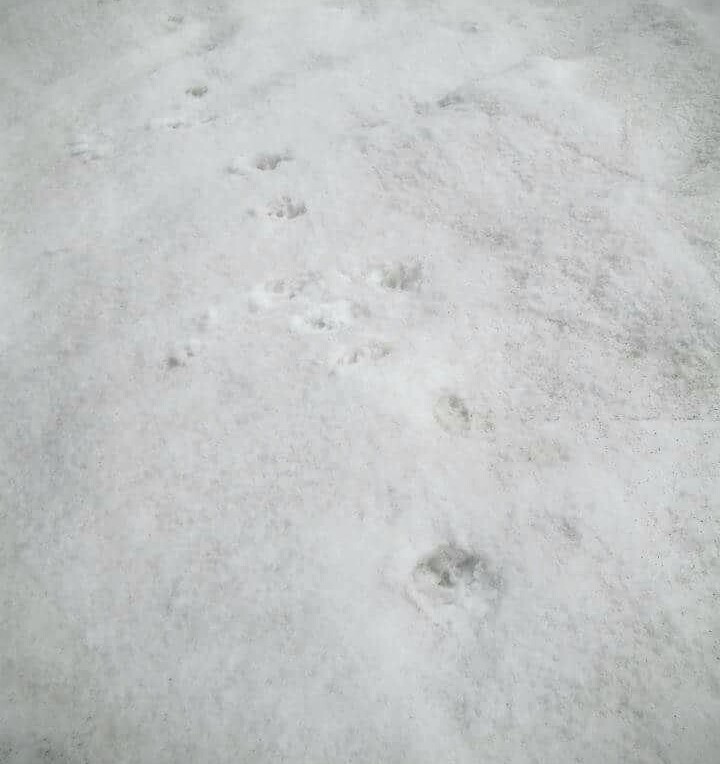 The snow leopard found in Spiti is elusive and difficult to spot. It is an endangered animal and we were excited and scared at the same time.

What if it were lurking among the boulders or some bush watching us?  What if it suddenly sprang out of nowhere?

Imagining all these possibilities aloud we continued walking. The pug marks were seen till the end of the trek near the village. Unfortunately no leopard was spotted 🙂

As we neared the end Kunga picked up something from the sand – Fossilized seashells!

Finding these here gives us a glimpse about the ancient history of this beautiful desert. Perhaps this sandy soil was the seabed of some ancient ocean. Sea creatures swam around thousands of years ago and today we have land animals who rule.

It was almost 8 hours into the trek. In the distance we could see the tiny village of Komic, the houses huddled around like kids near a fire. At a height of 15000 feet it is the highest village in Asia. 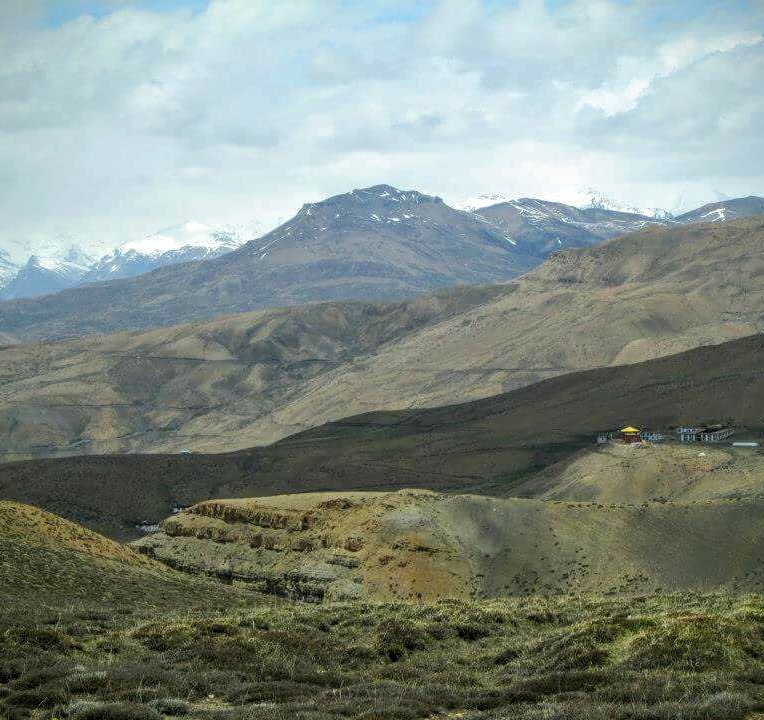 Our will power and endurance helped us to finish this trek. Sups and MJ played the perfect trek buddies with their never say die spirit. Kunga was the best guide ever, encouraging us to take a few more steps, promising us every few minutes that Komic was just around the bend 😉

I learnt some valuable lessons for life and that’s what made this trek worthwhile.

For more stories about my travel to Spiti read – Spiti