It was early evening when we made our way towards the beach. A little ahead we saw a square shaped spacious enclosure  made of hard netting. It contained a basket and some sticks in the sand.

A small crowd was beginning to gather around the enclosure. We were all curious to know what was in there.

The Village Of Turtles

Use your phone only for taking pictures as the place is so far out that finding network is a luxury.

Velas is an offbeat weekend destination. This remote, off the grid village is in the district of Ratnagiri in the state of Maharashtra.

The journey to Velas is an adventure itself. The roads graduate from good to bad to worse. The route is scenic though, with blooming trees, a variety of birds and the sea peeking from the distant coast at intervals.

The village is in the spotlight as the beach is the nesting ground for the olive ridley and green turtle species.

The black sandy beach is pristine and the sunsets are picture perfect. The villagers are welcoming and they will enthrall you with their stories about the turtles. 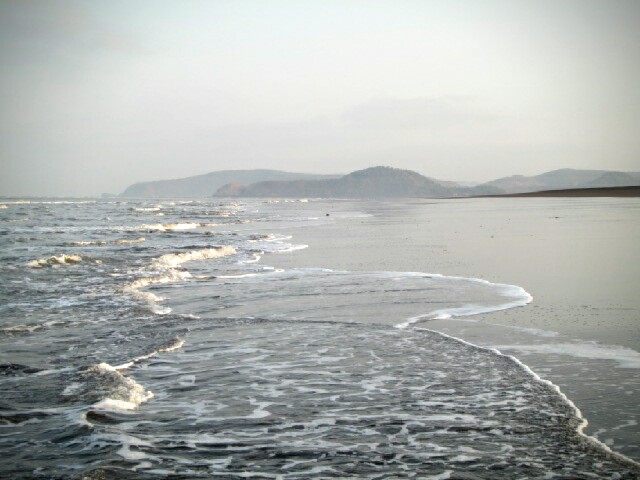 The soft moonlight is her only guide as she emerges from the ocean onto the beach. The female turtle uses her flippers to throw the sand away and dig a deep pit. She then starts laying her eggs into this sandy nest. Once the eggs are laid, the turtle covers the pit with sand and swims back to the ocean. Every female lays a clutch of around 100 to 150 eggs. The eggs are soft and white the size of tennis balls.

The incubation period is usually between 45 and 55 days under natural conditions, but may extend to 70 days in poor weather conditions.

Arribadas is the Spanish word for Arrivals or in this case, arrival of the olive ridley sea turtles. This biological wonder is seen within the ridley family of turtles.

Thousands of female turtles return to the same shore every year, where they were hatched as babies, to lay their eggs in the sand. These visits are nocturnal and are repeated over a period of several days. The turtles start arriving around November onward and the nesting season could go on till April. 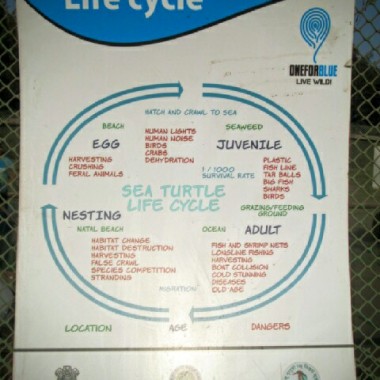 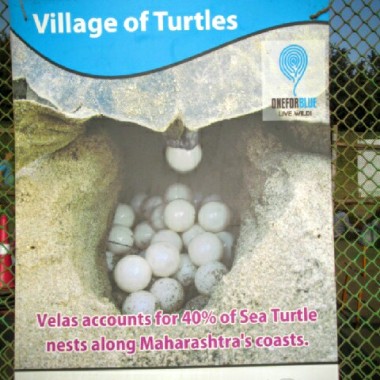 The olive ridleys are a critically endangered species along the coast of Maharashtra and also world over.

Maharashtra saw the numbers dwindling due to human ignorance and insensitivity. The turtles were killed for their meat and leather. The eggs were sold and consumed as a delicacy which was popular along the coast. To add to this natural predators like crabs,dogs, birds and other feral animals would eat the baby turtles and eggs.

The threat of extinction was looming large when the NGO,  The Sahyadri Nature Friends Club or Sahyadri Nisarga Mitra (SNM) was founded with the goal of turtle conservation.

SNM is based in Maharashtra and is a leading non-government organization (NGO) in India. Turtle conservation being their main focus, they also protect turtle nests, release the hatchlings into the sea and create awareness about turtle conservation.

The Friends of Turtles Club (Kaasav Mitra Mandal) was founded by the villagers in Velas to promote turtle conservation.

About The Turtle Festival

The Turtle Festival was started by SNM in coordination with Friends of Turtles to promote turtle conservation and awareness among people.

The Turtle Festival is organised between the months of February to April during the peak nesting season. This festival gives people the unique opportunity to watch the newly hatched baby turtles taking their first steps into the sea.

Villagers offer homestay options  for those who visit the Turtle Festival. This strategy serves a dual purpose – the villagers get a steady income from the homestays and the visitors are made aware about turtle conservation.

It is a spectacular starry night on the beach. The sound of the waves and the cool breeze uplifts the senses. A group of volunteers from the conservation team are poking sticks into the sand. This is not a mad midnight game. If the stick goes through easily it means this is a nest.This activity is conducted everyday from 3AM to 7AM daily.

They remove the eggs from the nest and take it to an enclosed area on the beach. This enclosure is made specially to hold the eggs till they are hatched.The enclosure protects the eggs from poachers and other natural predators.

A nest is recreated in the enclosure and the eggs are deposited in it. If many nests are recreated then sticks with numbers are left just outside the nest as an indicators.  When the incubation period is close to 45 days a basket is put on top of the nest.

When the eggs hatch, a space is created in the pit and the sand falls through.The turtles use their flippers to climb out from the pit. The babies usually take around 3 to 4 days to come up. The basket protect the babies from the heat and birds since the enclosure is open to the sky.

Everyday at 7Am and 6PM the baskets are checked  to confirm if the turtles have climbed out of the nest. These timings don’t have any scientific reasoning, they were decided for the convenience of the visitors.

Will the magic happen?

The sun is going down, and brightening the horizon with an array of shades. But the crowds attention is towards the enclosure.

The air is filled with excitement and hope as the crowds gather around the enclosure. Everyone wants to see see baby turtles when the basket is lifted. But there’s no guarantee as the hatching depend upon the incubation conditions.

A couple of volunteers walk into the enclosure. One of them walks towards the basket covered with sack cloth and he gently removes the cloth.

Then like a magician performing his act  he very carefully lifts the basket to reveal a group of baby turtles squirming around the sand. Call it magic, call it truth:)

Claps and hoots of cheer are heard around. The babies are treated like celebrities.

If the babies had naturally hatched, their instinct would guide them towards the brightest horizon which is the ocean and they would start walking towards it.

There is a twist to this, now that they have been hatched under protection. The volunteer delicately lifts them up from the sand and puts them into a basket.

He carriers this basket near to the ocean and the crowds run behind him. Fan following 🙂

The volunteers move the crowds away just like the body guards would do it for the celebs.The area near the water is cordoned and people are strictly warned to stay behind the barricades. Now this is VIP treatment 🙂

The team also request us to turn off the flash in our cameras. The flash can disorient the turtles making them think that it is the horizon.

The  basket is put down and the babies are gently placed on the sand. The turtles instinctively start walking towards the ocean. Lifting one flipper at a time they move forward. The crowds cheer them on. 🐢 🐢 🐢

Then out of nowhere a sudden ambush! A villainous crab tries to attack a turtle. Amid cries of murder from the crowd the volunteers rush to pick the crab and move it far away from the baby. The game of life goes on, even in protected environments.

The sound of the waves is deafening. The waters feel both safe and scary. A new world awaits. New adventures, new friends and a new life all seem to be calling from the depths…its time to take the plunge. And just like that the baby turtle instinctively swims into the waiting arms of the sea .

In the future the female turtles will come back as adults to lay eggs on this same beach, completing the circle of life. How they find their way back is a mystery. They have an inbuilt GPS, no Google Navigation required 😉

As the turtle was about to enter the ocean I could very well imagine her parting words if she were female..as Arnold said in Terminator…”I will be back” 🙂

How to reach Velas

The best way to reach Velas is by road. A good option is to drive down and yes unlike the turtles, you will need GPS to help you get there 🙂

State transport buses are available to Velas. Check their site for the bus schedules.

My friends and me took a roundabout route by train till Khed station and then hired an auto to Velas. In retrospect, this was not a good option.

We had a never ending adventurous ride through fog filled bumpy roads.Our auto driver had never heard about Velas and after driving for three hours questioned us in English, “But tell me why have you come to Velas?”  There were rounds of laughter and surprise followed by an attempt at explaining the reason to him.

The accommodation offered in the homestays  is simple, clean and could be rustic as well. It is advisable to book in advance. The food is mostly vegetarian, however some of the hosts also provide non veg food. More information here – Homestays

We stayed at Omkar Nisurje’s homestay. He has individual rooms and dorm options.

PS – The vada pav and tea at the ST stand should not be missed. Ciao! 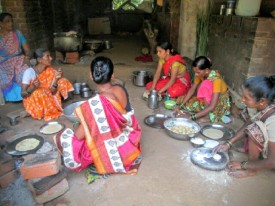 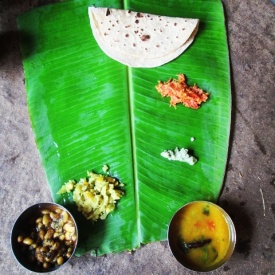 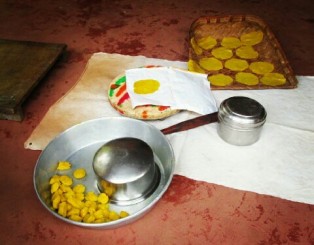 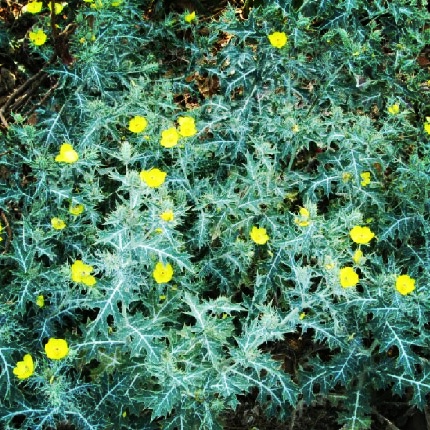